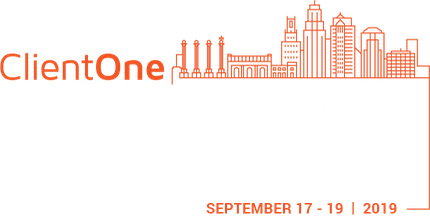 Every year, Client One gathers to rekindle relationships, explore new opportunities and collaborate among industry advisors and our industry partners. It’s a centralized event for advisors to learn about the latest offerings, technology and resources that can help them in their quest to guide clients and in turn, help them save and retire responsibly.

During this two-day conference, you will hear from prominent industry speakers proven to motivate and educate you on how to take your business to the next level. The Client One Sales Summit is your opportunity to network and share ideas with top advisors like yourself.

We believe our advisors are more than a number. The passion they bring to their clients is what moves us every day. 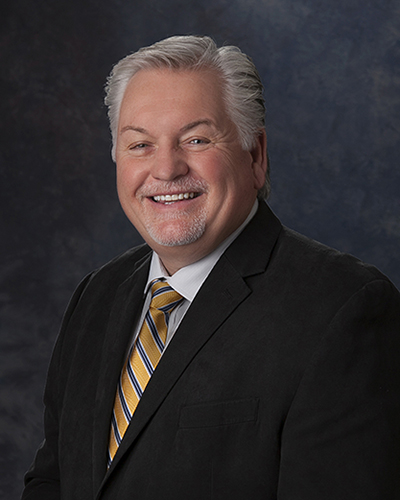 Steve built a multimillion-dollar company from the ground up on the same philosophy he expounds to his audiences. If you continually learn more about your company, your industry, your customer and yourself, you will always be a leader. You will be purpose-driven rather than process-driven, and you will make a difference. His motto is straightforward: “If you take care of people, the business will follow.” He has been recognized by Who’s Who for Speakers and Business Professionals, and The Pittsburgh Business Times named his company one of the fastest-growing, privately held companies in the region.

A member of the Speaker Hall of Fame, Steve Gilliland is one of the most in-demand and top-rated speakers in the world. Recognized as a master storyteller and brilliant comedian, he can be heard daily on SiriusXM Radio’s Laugh USA and Jeff & Larry's Comedy Roundup. With an appeal that transcends barriers of age, culture and occupation—plus an interactive and entertaining style—Steve shows audiences how to open doors to success in their careers, their relationships and their lives. Presenting to more than 250,000 people a year, more than two million have now heard him speak, with audiences encompassing nearly three dozen industries. Steve has the distinction of speaking in all 50 states and in 15 countries. As one newspaper stated, “Steve is what happens when the humor of a stand-up comic collides with the inspiration of motivational speaker." 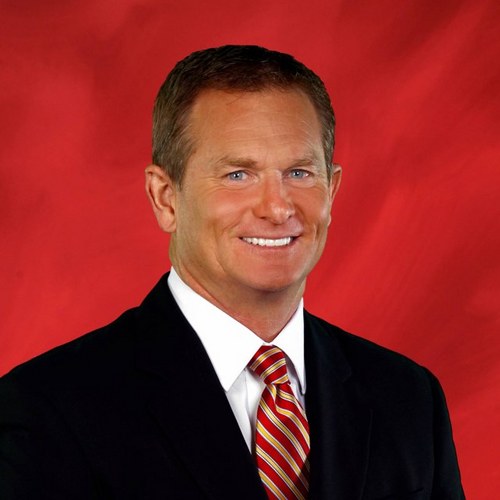 Following the NFL season, Holthus is a television play-by-play talent for select college basketball games. His talents have been featured on ESPN, FOX and other national outlets. He is the number-one announcer for the Missouri Valley Conference. He also received the prestigious John Sanders Spirit of the Valley award in 2007.

For 13 years, Holthus was the play-by-play voice of the Kansas State Wildcats of the Big 12 Conference. He has been named “Kansas Sportscaster of the Year” eight times. He has also been named the top play-by-play sportscaster in Kansas nine times by the Kansas Association Broadcasters. In 1996, he was awarded the Hod Humiston Award of Excellence in Kansas Sportscasting. As a result, he is the youngest sportscaster in Kansas history to receive every major sportscasting award. For 10 years, Holthus was also the sales manager of the Wildcat Sports Network. He currently owns his own company that features talent, marketing and motivational services.

He is a past President of the National Sportscasters and Sportswriters Association and currently serves on its Board of Directors. In addition, he is on the Board of Trustees of Southwestern College in Winfield, Kansas. Mitch was also inducted into the Kansas Association of Broadcasters Hall of Fame. Holthus is a 1979 graduate of Kansas State University with a degree in journalism. He received a degree in business administration from K-State in 1980. He is married to the former Tami Johnson of McPherson, Kansas, a former K-State women’s basketball player. They have two children, Brian and Hayley. Holthus is a native of Smith Center, Kansas. 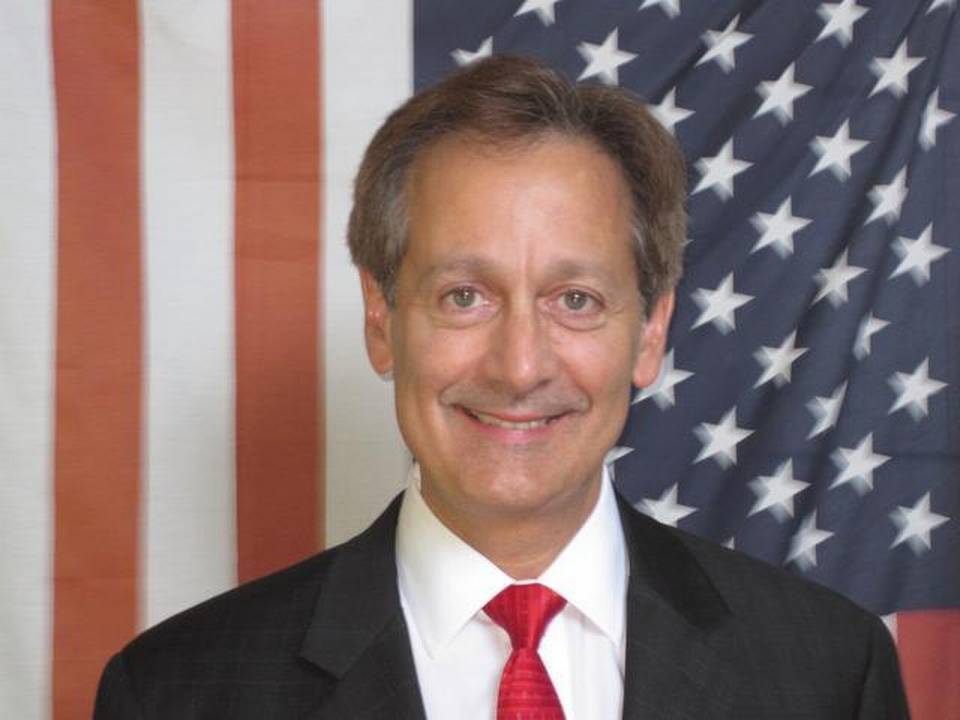 Jeff has provided over one thousand presentations on the topics of cybercrime, leadership, crisis communication, ethics, identity theft, body language and more. His clients include 20th Century Fox Entertainment, UBS, Merrill Lynch, Morgan Stanley, Nationwide, Citigroup, The Young Presidents Organization, American Century, Hallmark, H & R Block, Hess Oil, Standard and Poor’s, Financial Executives International, U.S. Bank, Wells Fargo and others. He developed and presented a program on identity theft prevention which was used to educate a nationwide audience of Citigroup employees. His program on the topic of leadership integrity has been certified for education credits across the United States. Jeff was the 2017 International Keynote Speaker for a cyber security road show in Australia, during which he spoke to businesses about cyber crime prevention. Jeff was head of operations security for the Kansas City FBI and a graduate of the world-renowned John E. Reid School of Interviewing and Interrogation. He is a certified FBI instructor and has trained numerous government agencies and corporate clients on how to interpret and project body language for more effective interpersonal communication. In addition to his latest book on the topic of cyber security, Jeff authored speeches for FBI executives and has been published in The Kansas City Star, Ingram’s Magazine and on the FBI National Web site. Jeff consulted for academy award winning director Ang Lee during the production of “Ride with the Devil”, and he has provided regular consulting services for television and movie production in Hollywood at Steele Films and Granfalloon Productions. Jeff was a major contributor and appeared on camera in a recent episode of The History Channel’s, “America’s Book of Secrets”. He was featured in the companion documentary to the major theatrical release “Runner - Runner”, which stars Ben Affleck and Justin Timberlake. Jeff has been featured in television commercials on the topic of fraud prevention. Jeff was recruited by the FBI from Xerox Corporation, where he was a Computer Systems Analyst. He has an undergraduate degree in Criminal Justice from the University of New Haven (Connecticut) and a Masters Degree in Business Administration from the University of Texas

Paul J Long has challenged the traditional corporate landscape since 2004. With his fun-loving attitude, infectious spirit, and philosophy of “fundamism,” Paul has provided memorable experiences for countless engagements including workshops, trade shows, keynotes, and more. His shenanigans have been featured on outlets like ESPN, The Washington Post and the Wall Street Journal. Many years ago, Paul decided to motivate and engage others to help them create memorable experiences for themselves—all these years later, he’s still going strong, with no signs of slowing down. 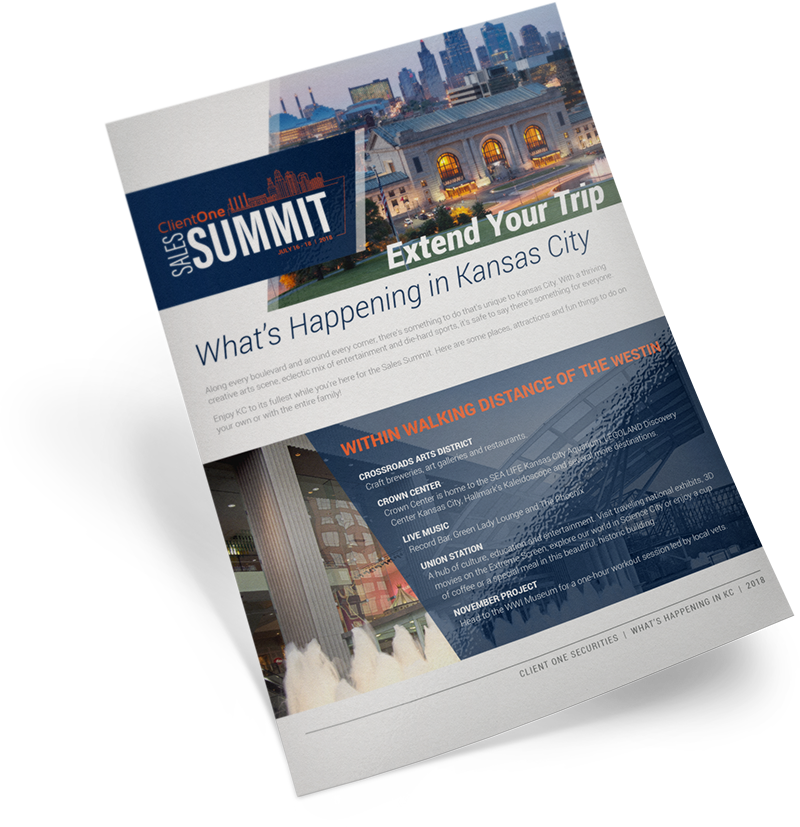 About the Sales Summit

What’s in It for You?
In addition to networking with today’s top advisors and sharing ideas, this year’s attendee package includes the following at no cost to you:

Flight and transportation are not included in the attendee package and are at your own expense and arrangement.

You have several choices for transportation to and from the airport and hotel. Call 800.808.1131, or visit www.kctg.com for options and pricing. There are multiple car-rental kiosks located within the airport terminal if you choose to rent a car.

Agenda is subject to change. 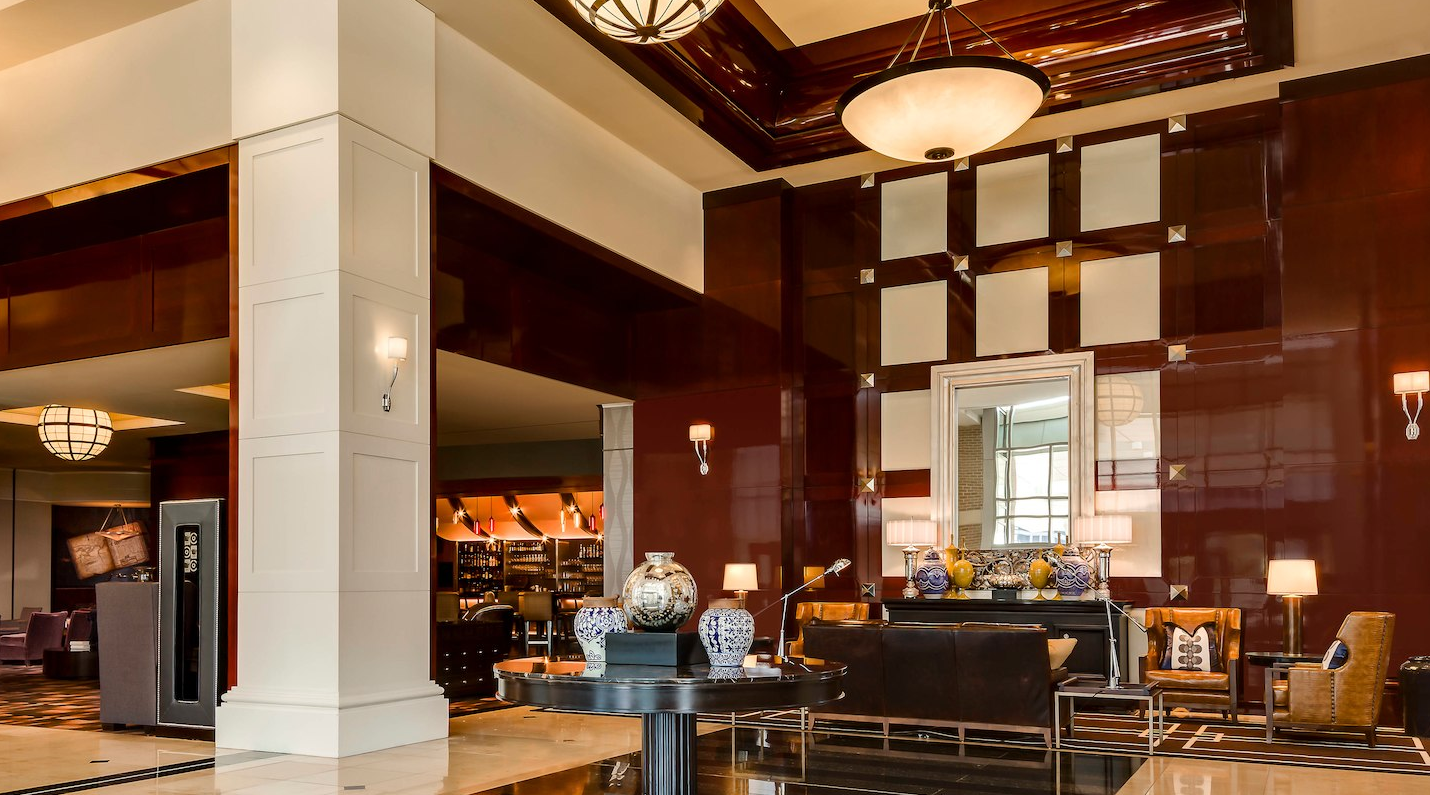 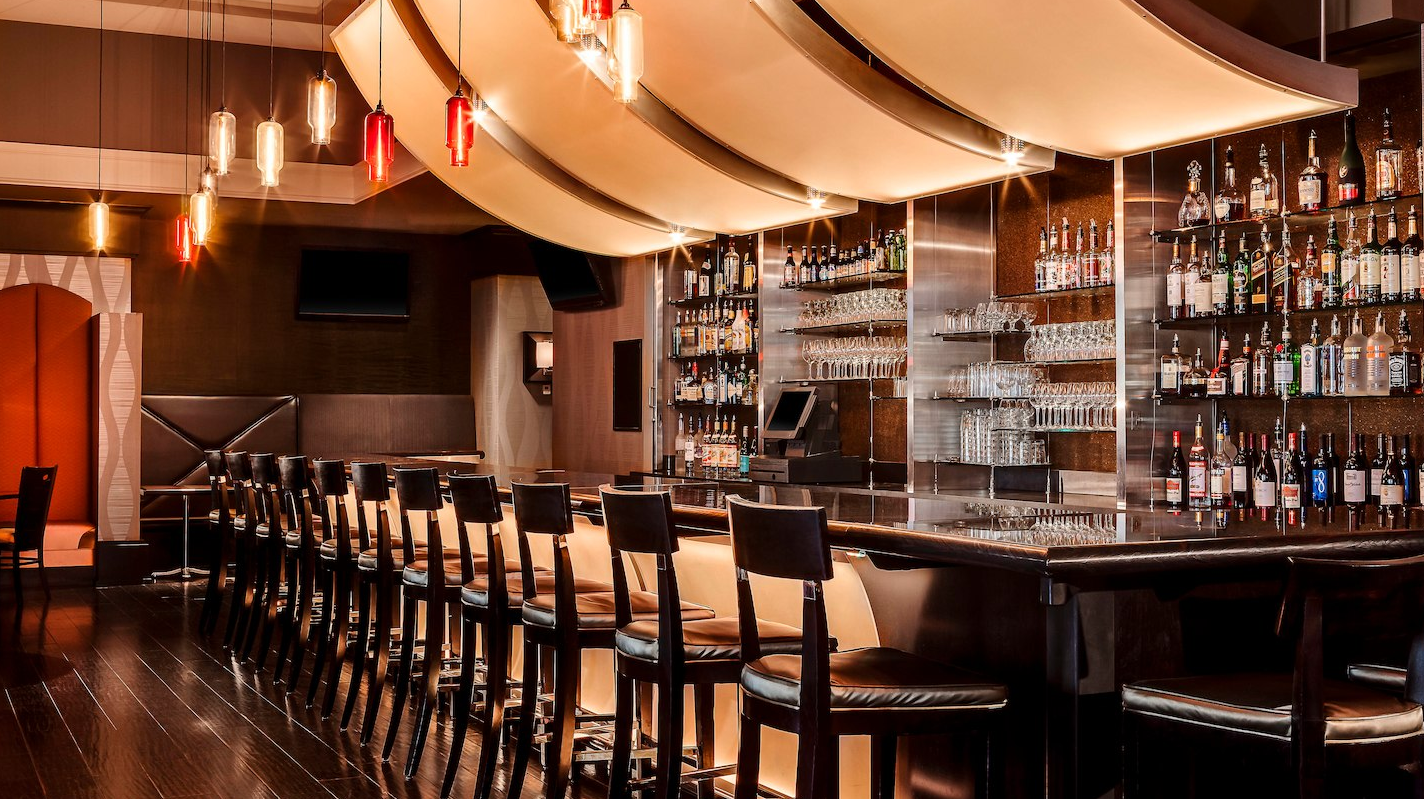 Join Us in Overland Park for the 2019 Sales Summit!

The 2019 Client One Sales Summit will be held at the Sheraton Overland Park Hotel at the Convention Center. When you register for the Sales Summit, a room reservation will be made in your name at the Sheraton for September 17–19, 2019 (unless you indicate you will not need a room on your registration). Please do not contact the hotel for reservations.

Getting to the Sheraton and the Conference.

You have several choices for transportation to and from the airport and hotel. Call 800.808.1131, or visit www.kctg.com for options and pricing. There are multiple car-rental kiosks located within the airport terminal if you choose to rent a car.

Get Directions » Sheraton Overland Park Hotel at the Convention Center. 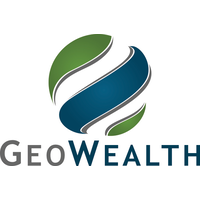 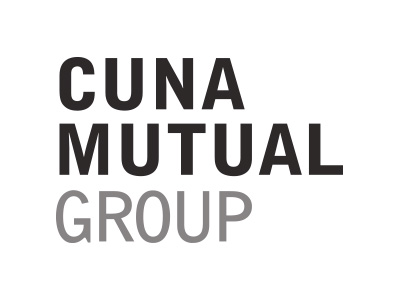 What are the criteria to attend the Client One Sales Summit?

You must be an advisor through Client One Securities or receive a special invitation to attend the Sales Summit.

What sessions must I attend to receive CE credits?

What do I need to know to make my travel arrangements?

Please refer to the schedule of events for the Sales Summit start and end times to determine a timeline for your flight. The airport code for Kansas City is MCI.

How do I get from the airport to the hotel and back?

You have several choices for transportation to and from the airport and hotel. Call 800.808.1131, or go to www.kctg.com for options and pricing. There are also many car-rental kiosks in the airport terminals.

Is there a cost to attend?

There is no cost to attend all sessions and functions, as per the agenda. Flight costs and transportation are not included and are the sole responsibility of the attendee.

How do I reserve a room at the Sheraton Overland Park Hotel at the Convention Center?

By registering, you will automatically be added to a rooming list, securing a room in your name, for September 17-19, 2019. There is no need to call the hotel for reservations. Room type is based upon availability at check-in. For more information, visit the Sheraton Overland Park Hotel at the Convention Center. Click here and register now.

Will I be required to provide a credit card upon check-in at the Sheraton Overland Park Hotel at the Convention Centerr?

Yes, you will be required to provide a credit card for incidentals. Client One will pick up the cost of room and tax for two nights.

What is appropriate attire for the Sales Summit?

The attire for the Sales Summit is business casual.

We look forward to seeing you at this year’s Sales Summit. We are available to answer questions you may have about our event. Please call 888.909.9399 or email [email protected] and we’ll get back to you!

Member FINRA/SIPC and an Investment Advisor
© 2019 Client One Securities, LLC.